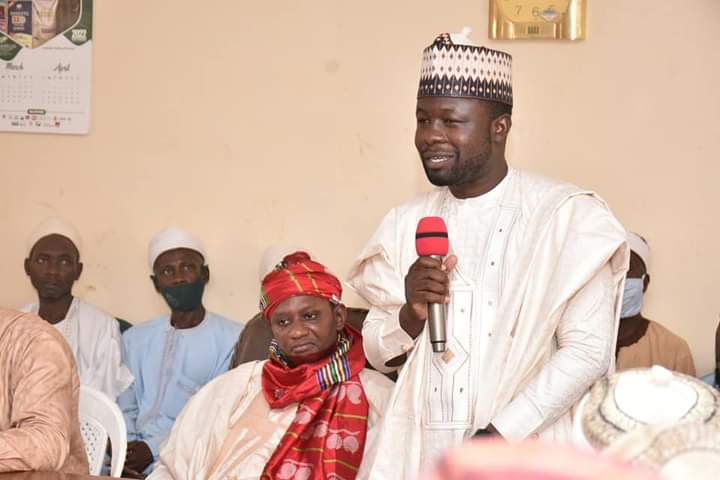 To enhance citizens’ participation in governance and to restore the long abandoned role of traditional institutions in community policing and administration, the Kaduna State Internal Revenue Service (KADIRS) has recently flagged off the collection of development levy in all its local government areas (LGAs).

The development levy is N1,000, and it is to be paid by all residents of Kaduna State, from 18-70 years old, men and women. At the end of collection, 70% of the funds generated will be re-invested in those communities where it is collected, based on a report by a Need Assessment Committee (NAC).

KADIRS is collaborating with the Kaduna State Ministry for Local Government and Chieftaincy Affairs in this new revenue collection drive. The revenue agency is therefore visiting all the emirates, chiefdoms and districts in Kaduna State in order to officially flag off the collection of this levy in those communities. The visits have been led by Dr. Zaid Abubakar, Executive Chairman of KADIRS.

Presenting these updates to the public, in a Facebook post last week, signed by Mr. Jamilu Muhammad Zakari (the agency’s Head of Corporate Communications), Dr. Abubakar, explained that, “The essence of the district by district visitation and official flag off, is to reach out to the grassroots level and explain the content of the development levy law, emphasizing the role of the emirs, chiefs, district heads, village heads and the mai anguwans in the supervision, coordination, and collection processes of the annual levy.”

Dr. Zaid Abubakar (speaking) at the recent flag off of the development levy collection in one of the districts in Kaduna

“Zaid Abubakar added that, “There will be a Needs Assessment Committee (NAC) that would be headed by the district heads in their various domains, with representative of youth groups, women wing, people with disability (PWD), etc, who will identify how the 70% portion of these funds can be best appropriated for the benefit of their respective communities. Areas of development are expected to include roads, electrification, healthcare development, culverts and bridges’ repairs.”

With N50.77 billion in 2020, Kaduna was the fifth biggest among Nigeria’s 37 subnationals internally generated revenue (IGR). Fom 2015 when Mallam Nasir El-Rufai took over as the state governor till date, the Kaduna has increased its IGR every year. The state has since 2019 taken over the leadership in the North West Zone from Kano State.

At a public event in August 2021, Zaid Abubakar said that the state government has given KADIRS the target of growing the state’s IGR to over 90% of its annual budget, and to raise the figure to a minimum of N100 billion in 2024. In addition to this medium term goal, the state plans to reach a minimum IGR of N200 billion annually in 2030.